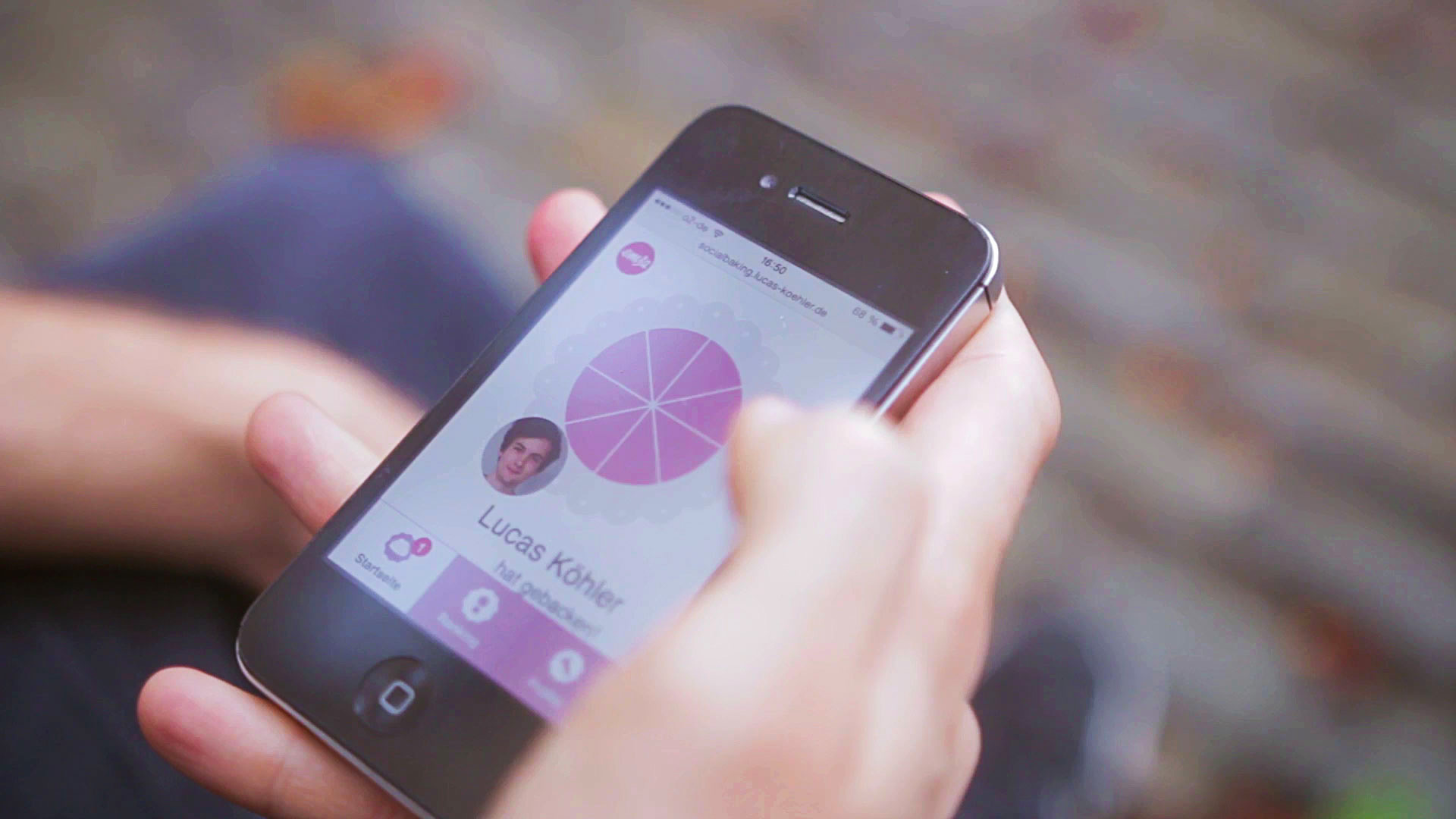 „Serve cake and have the platter invite your friends! Impossible? No, just a little weird.“

This project is archived.

The images and texts were created back in 2015 and will not recieve any updates anymore.

At the start of our third semester module „Interaction Design 2“, our course was approached by the kitchen utensils company 'Emsa' for a one week rapid prototyping project, where we were tasked to take a mundane object and connect it to the internet.

'Social Baking' is based on the idea that everybody likes cake but nobody (or not everybody) likes to eat alone. So what if your cake platter could tell your friends that cake was served and how much cake you have left? And what if that one guy who always eats cake but never offers some, gets his notification 20 minutes later?

The prototype had a Arduino mega, wifi-shield and multiple photosensors attached to it. When the photosensors are covered, a rudimentary app registeres that cake was served, and when pieces are missing.