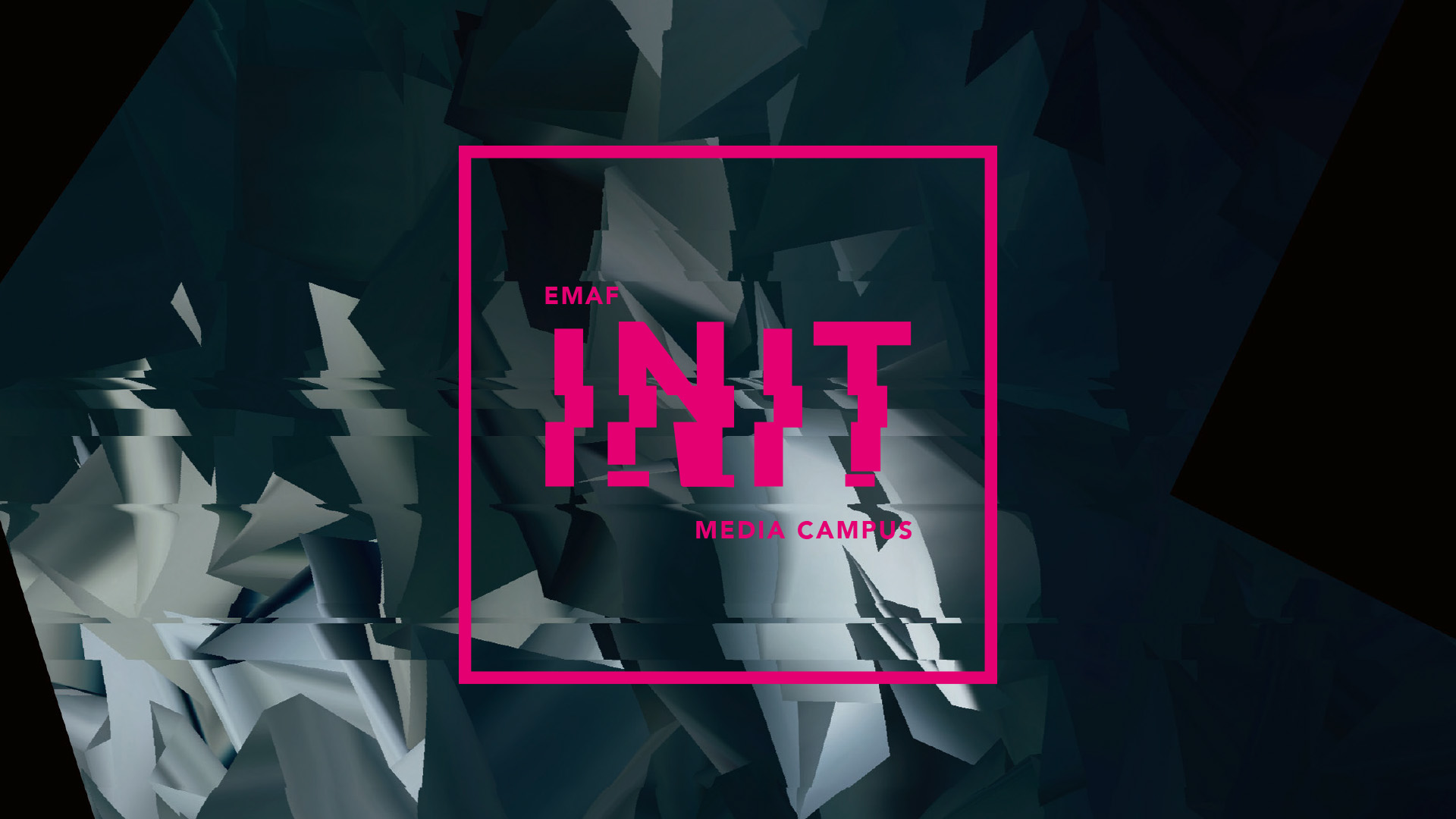 We identified the status quo and worked out a relaunch of this part of the festival. Emaf Media Campus was transformed into Emaf INIT. The concept of INIT was to create a initial platform for young media art related artist whose career was at the beginning. The scope of INIT as part of the main festival was to expanded with more screenings, three different exhibitions spots for installations as well as programs which includes talks, urban culture, music and an offspace as a communication hub between visitors and artists.

To communicate all of this changes, INIT got a whole new branding consisting of graphic design, motion design, a guidance system as well as urban guerrilla campaigns in the run up to the festival to shape awareness for the new program.

The whole transformation process was accomplished within half of a year with an amazing team of 15 students from different programs of the University of Applied Sciences as well as the University of Osnabrück. The main exhibition space and offspace was designed and builded custom to create an unique comprehensive framework for the curated works of the exhibiting artists.

The concept was developed further and continued in the following year.